How To Pronounce London Place Names 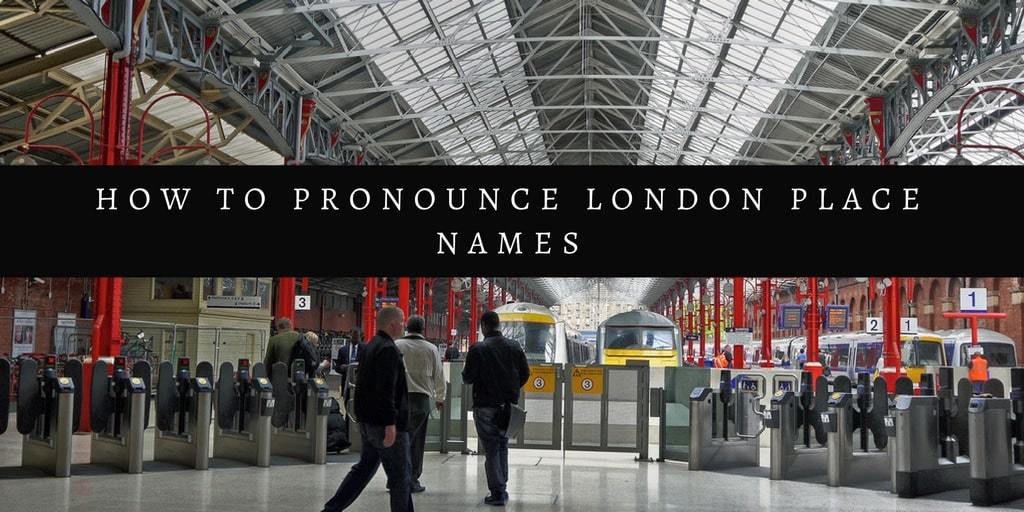 This guide is for everyone who has plans to travel to London! Even if you are English-speaking, you may be forgiven for not knowing London pronunciations, because there is often very little to connect the way a name is written with the way it is phonetically pronounced.

There are no rules to follow, except perhaps to be on alert that even the simplest names may sound diabolically unlike anything a reasonable person would expect.

To ensure accuracy I have procured a genuine Londoner, born within the sound of the Bow Bells (which, I’m told is the test of a true Cockney). Many thanks to Joe MacNaughton for lending her voice and knowledge to this post!

How Do You Say Marylebone? 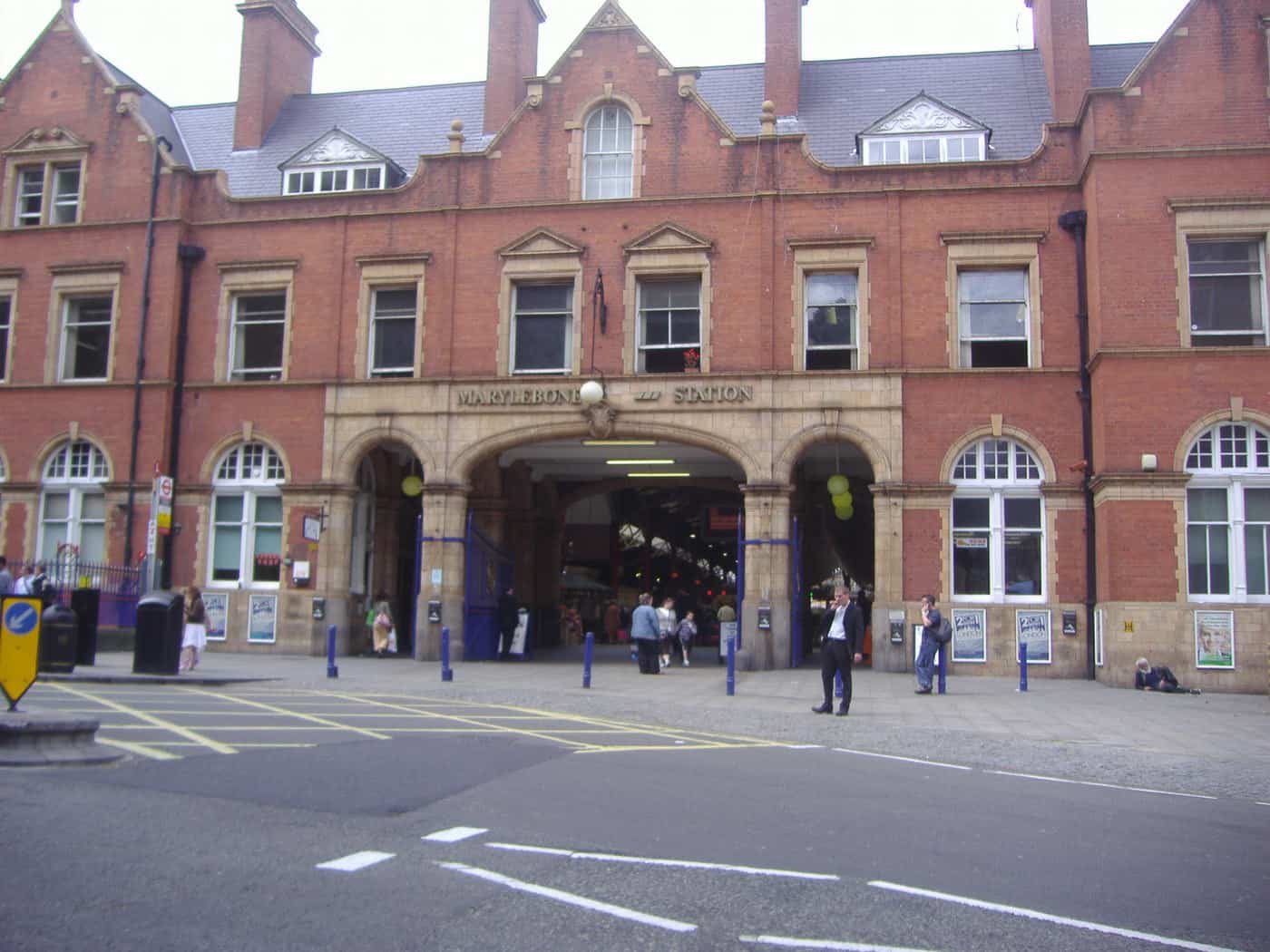 How to pronounce Marylebone

If you are traveling around London, you are sure to pass through Marylebone Station, so it’s a ‘must know’ pronunciation.

Don’t be fooled by the way it is sometimes spelled ‘Mary-le-bone’, and don’t be side-tracked by the history of the name – it was originally named after a church called ‘St. Mary’s by the Bourne’ (river).

There’s no ‘Mary’ when you pronounce ‘Marylebone‘ – you say ‘mar:li:bone or ‘mar:li:bun. There is a small and insistent contingent of people who go to online sites and insist the correct pronunciation is ‘marri-le-bun, but I’ve researched it extensively and spoken to many Londoners: none of them are familiar with this pronunciation and they insist it is incorrect.

It may be the pronunciation that a small group of people use, but it’s definitely not the historical or accepted pronunciation.

Here is a born and bred Londoner pronouncing it as she did going all the way back to her childhood in World War 2:

The district of Marylebone stretches from Regent’s Park to Oxford Street. Visitors to London will inevitably find themselves using the Marylebone Railway Station and Underground complex.

Sherlock Holmes’ Baker Street home and museum is in Marylebone, and Madame Tussaud’s and the Planetarium are right in Marylebone Road, so it’s one you must know how to pronounce correctly if you are planning on seeing the sights in London!

How Do You Pronounce Madame Tussauds? 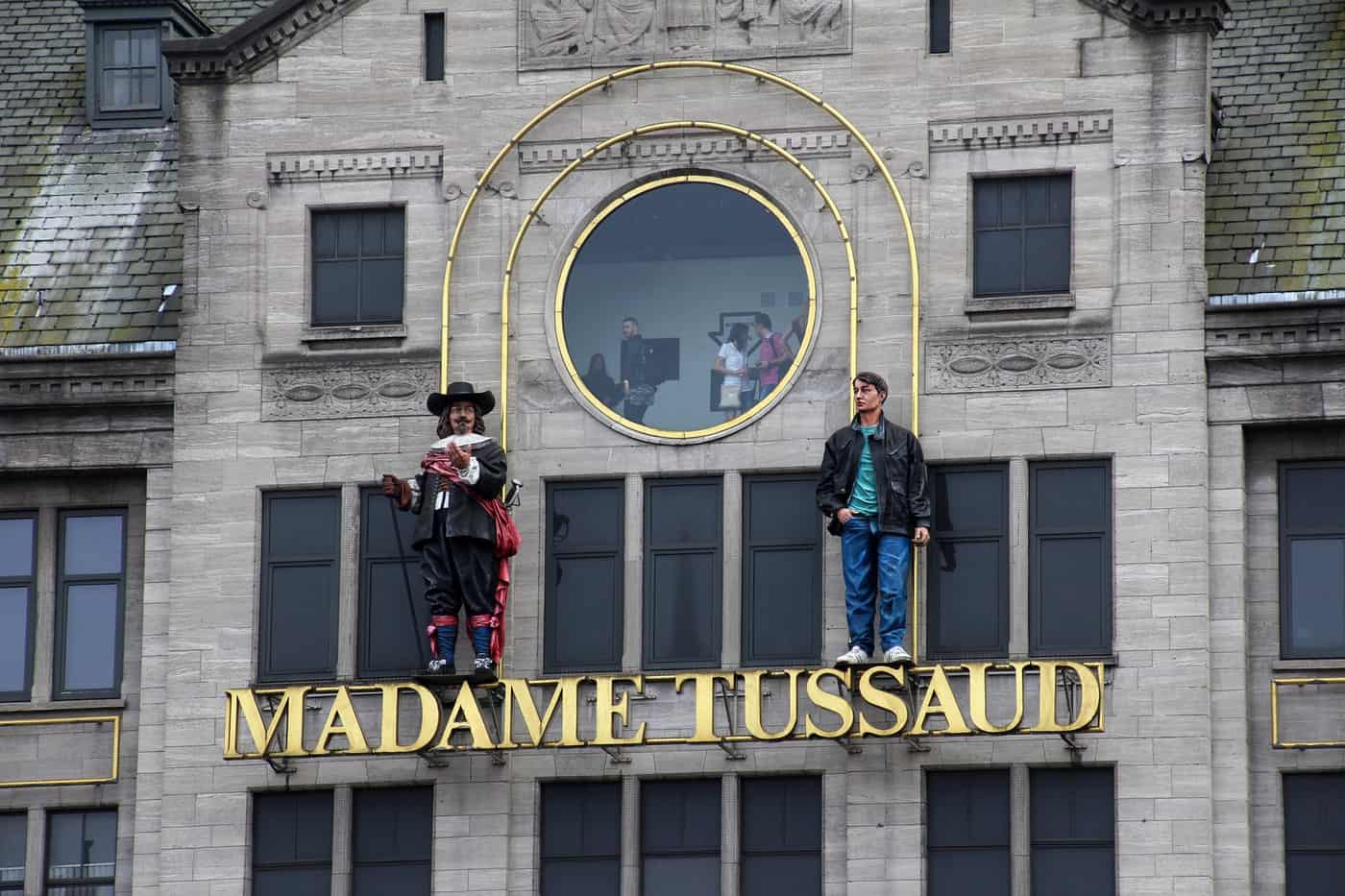 How to pronounce Madame Tussauds in London

I can’t speak for Madame Tussauds in New York, but in London, despite the ‘Madame’ which would point any reasonable person in the direction of French for pronunciation considerations,Tussauds goes in a thoroughly quirky English direction.

If you followed French, you would say tew:soh, but don’t pronounce it like this in London. Instead when in London, follow London traditions and pronounce it to sound like Madam Two Swords. If you are from the USA or Canada, don’t forget to leave the ‘r’ out of ‘swords’, it’s strictly the Received English pronunciation you want to follow.

How Do You Pronounce Leicester Square? How to pronounce Leicester Square

Many film premiers are held at cinemas at Leicester Square, and there is also a set of bronze casts of the hands of famous actors for fans to admire. Leicester is obvious if you are from the UK, but many people who aren’t native to Britain do a double take when they see the word.If you break it up into two syllable like this leice:ster, the pronounciation becomes more intuitive.  You say leh:stə. Here is the audio pronunciation:e. 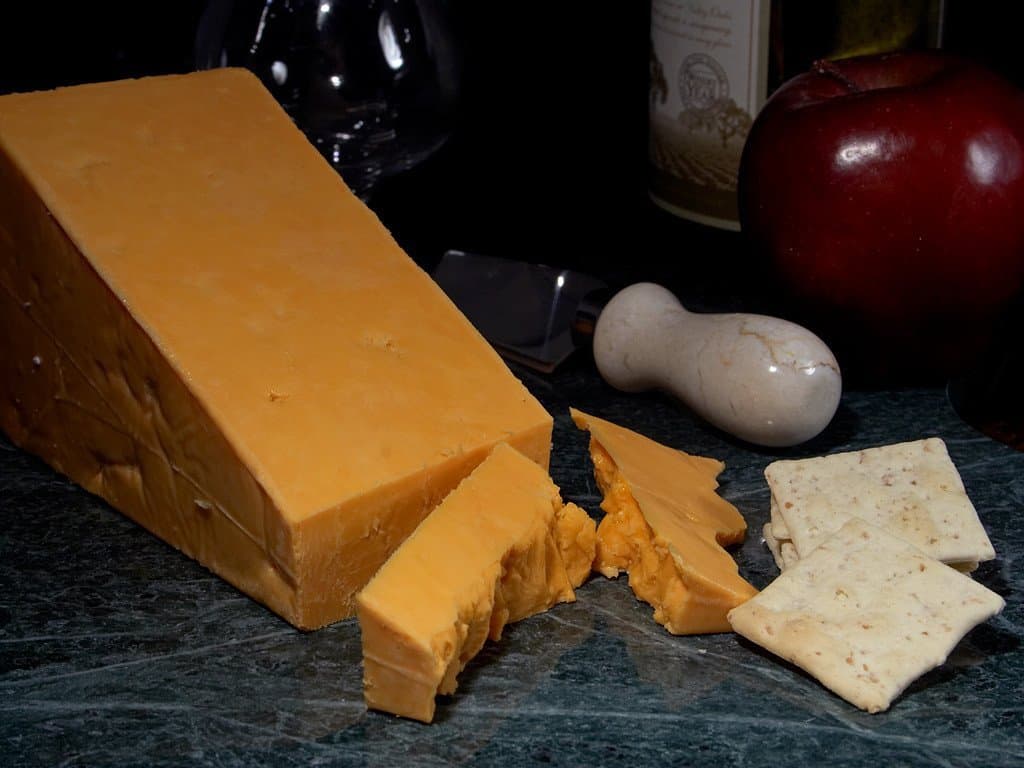 How Do You Say ‘Holborn’? 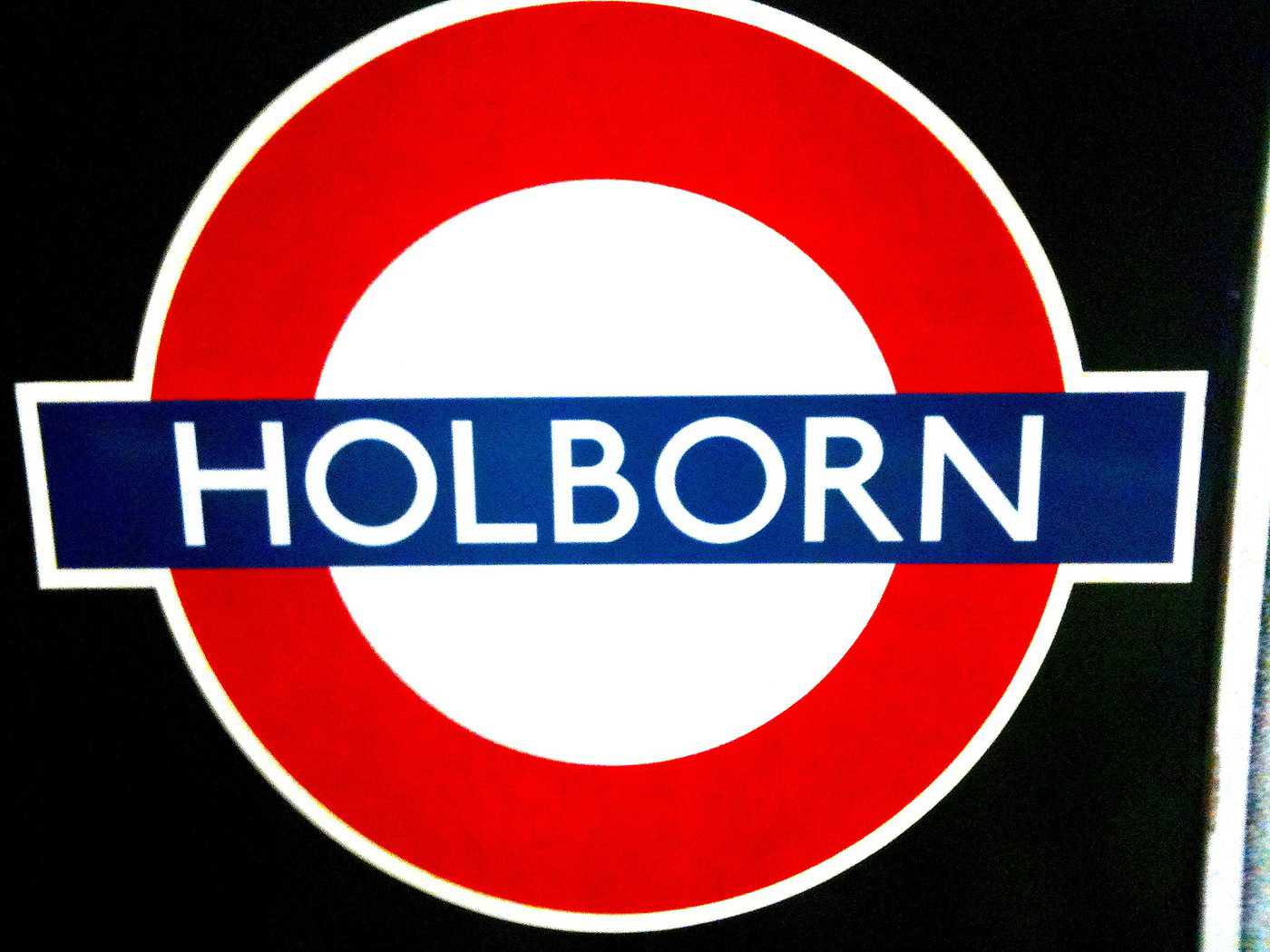 How to Pronounce Holborn

This one looks obvious, doesn’t it? This is why you can never rest on your laurels when it comes to pronouncing place names in London. Holborn‘ is pronounced ‘ho:bən.

Fans of the novelist Charles Dickens will be interested to know that he lived in Holborn, and some of the places in his novels are located there! You can also visit the Charles Dickens museum in Doughty Street. Here is the correct audio pronunciation of Holborn:

If you are going to visit the British Museum, Holburn is one of the closest tube stations. Click To Tweet
[templatera id=”35425″]

How Do You Say ‘Chiswick’? 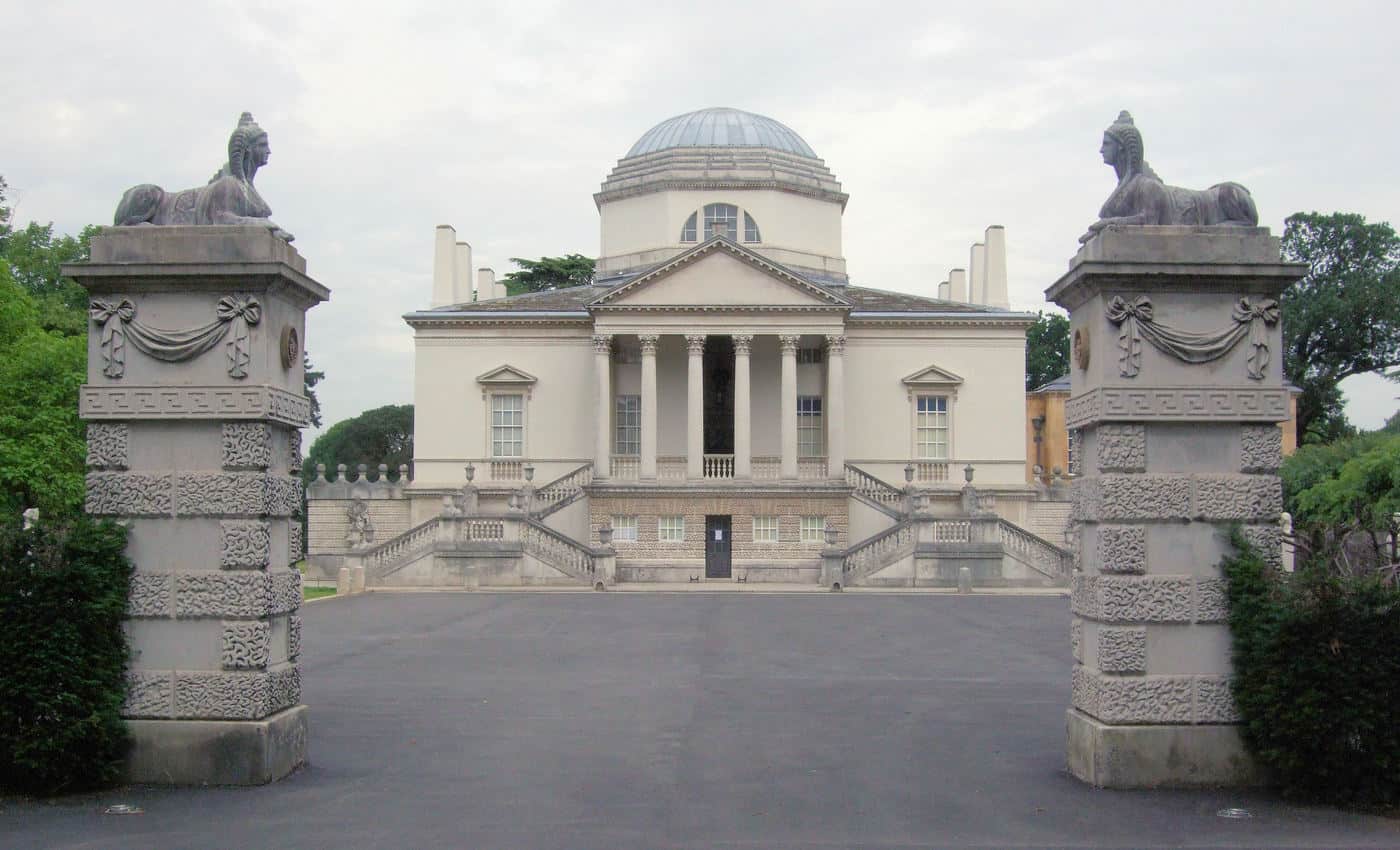 How to pronounce Chiswick

Chiswick is an upmarket area in West London. It is best known for its boulevard style High Road, café culture, shopping, pubs, and magnificent homes, including Chiswick House which is open to the public. It is pronounced chi:zik. If you see any London place-name ending in ‘-wick’, remember that you ignore the ‘w’ nine times out of ten. You may be forgiven for thinking that the British are prejudiced against ‘w‘! Here is the audio pronunciation of Chiswick.

How Do You Pronounce ‘The Mall’? 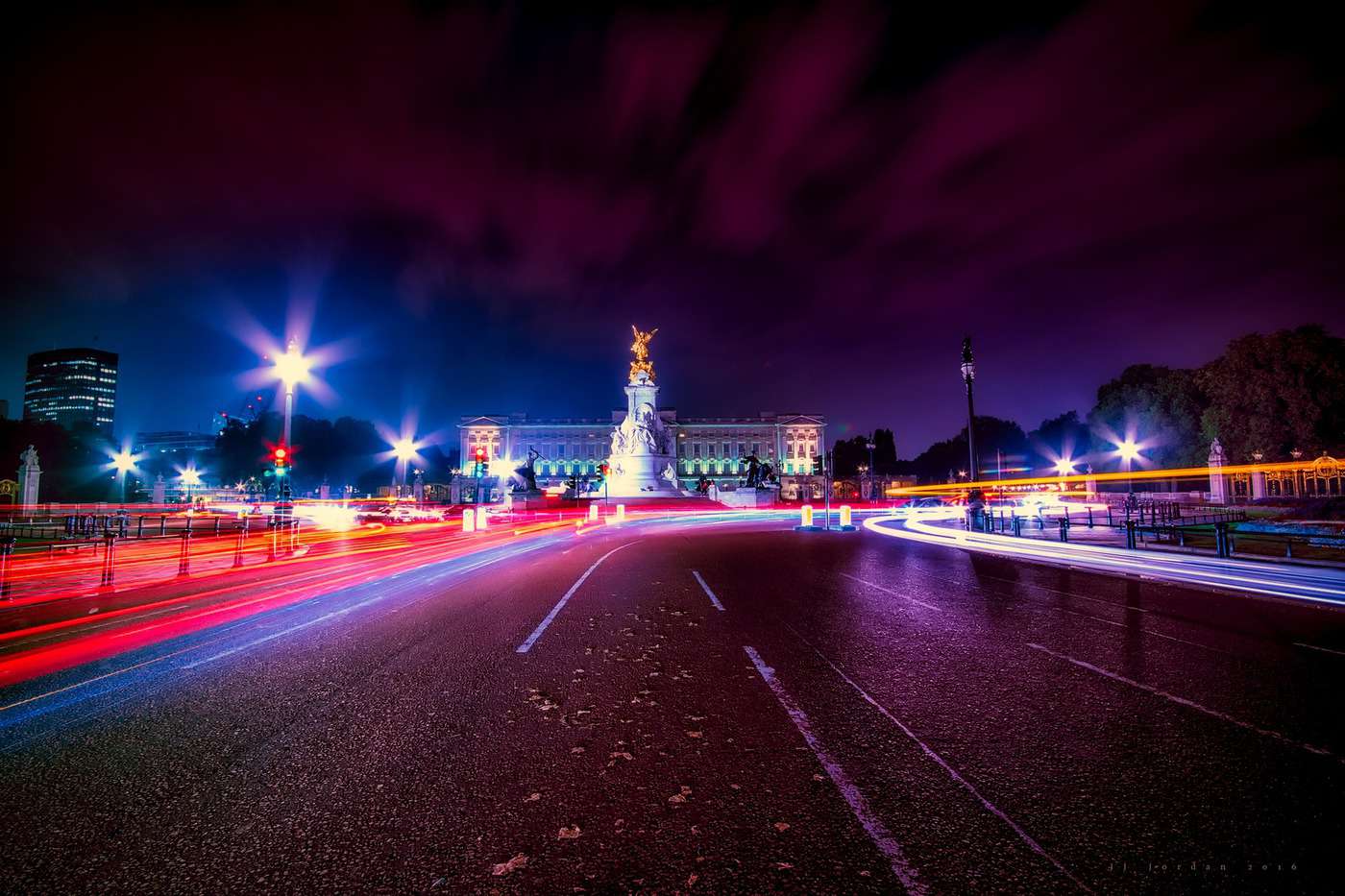 Pronunciation of The Mall in London

Scores of American visitors breathe a sigh of relief when they see this one – everyone knows how to say ‘mall’, don’t they? No! The Mall which is that fine stretch of red road which leads up to Buckingham Palace rhymes with ‘pal’. It looks pink to me, but anyway…Here is the correct audio pronunciation. 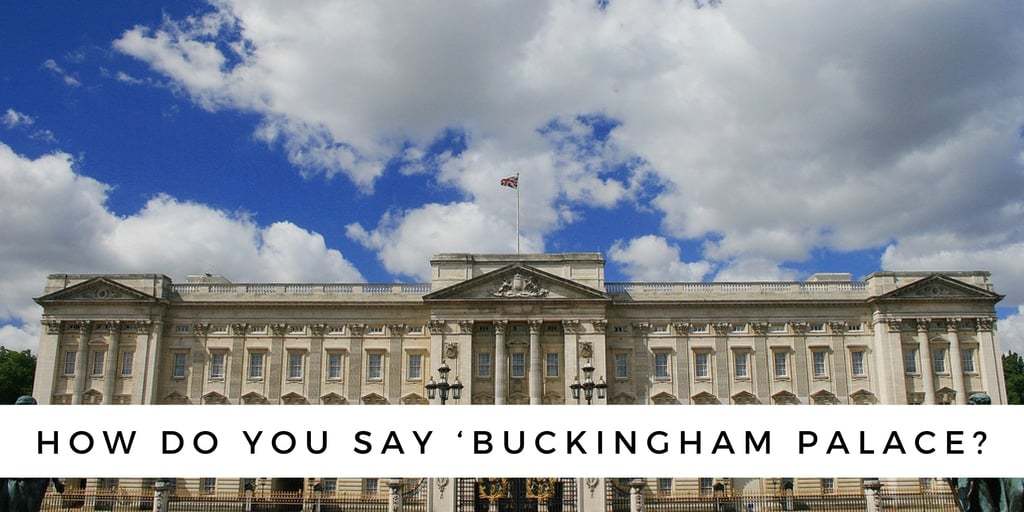 It’s amazing how many American TV commentators say ‘Bucking HAM‘ – this is incorrect: The ‘-ham‘ is a neutral vowel. Don’t say it in the way that implies that Her Majesty’s residence and charcuterie have anything in common. It’s ‘bucking:əm’.

How Do You Say ‘Southwark’? 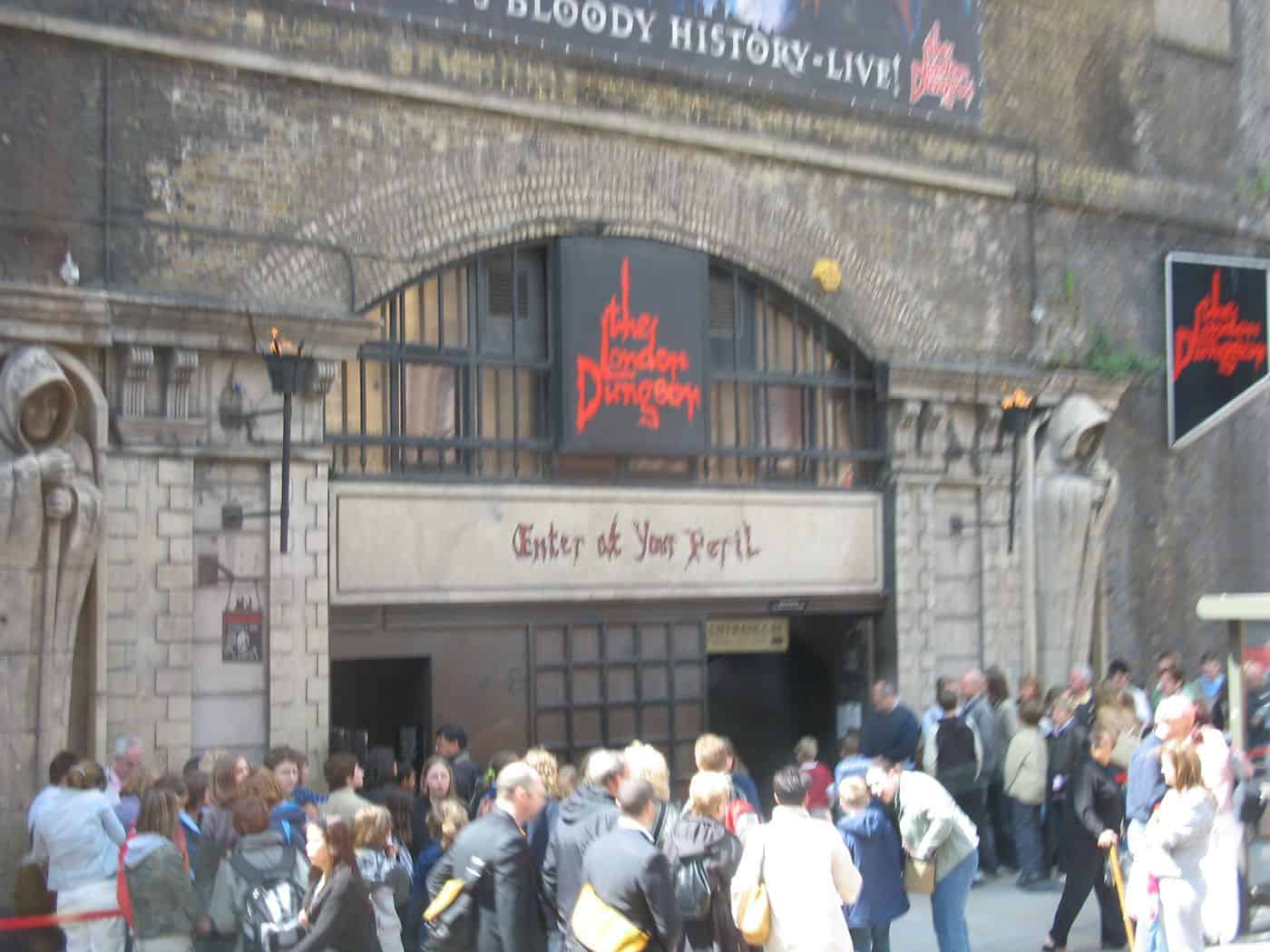 How to pronounce Southwark in London

Southwark is a gem of an area – home to many interesting museums such as the ‘100 Black Men’ museum, and the ‘Bramah museum of Tea and Coffee’, as well as the somewhat more gruesome attraction of the London Dungeon. It is as well to remember that it is pronounced ‘su:thək, and not as written, or you may find yourself thrown into the dungeon for the Crime of Mispronunciation.

Here Are A Few More London Place-Names with Unusual Pronunciations: It looks so simple a child could say it, doesn’t it? Don’t be fooled. The British are barmy when it comes to pronunciation. Say it as follows or don’t say it at all!

Cadogan Square is pronounced kə:’dug:ən, and the stress falls on the middle syllable:

How to say Tottenham 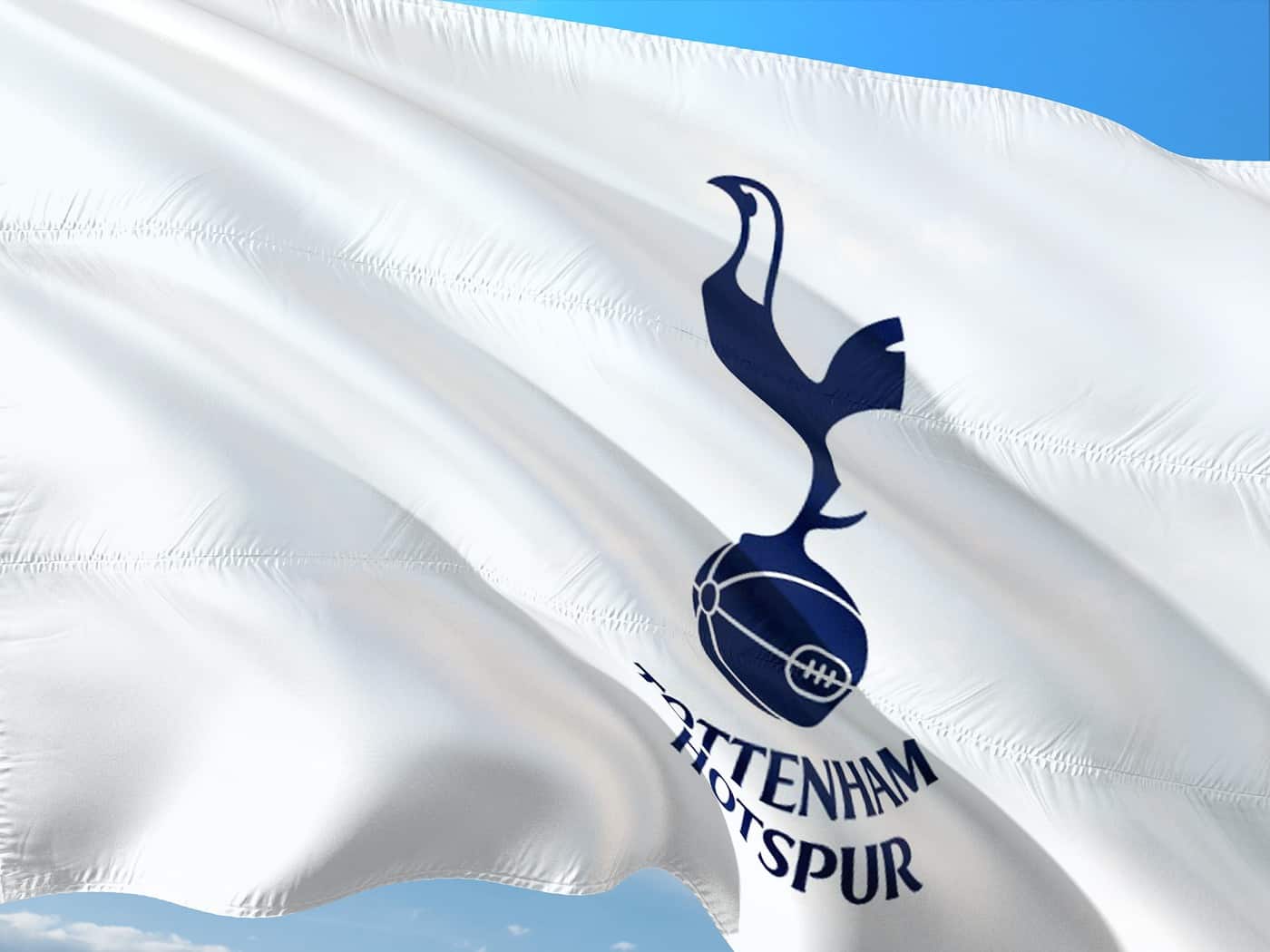 How to say Hainault

Hainault looks French, and it is in origin, but perish that thought in London.  It’s pronounced hay:nolt

How to say Plaistow in London

How to say Ruislip

Pronunciation Whiz who grew up in a multilingual home and studied 8 languages at university level. Is dedicated to make it easy for people to pronounce foreign words with confidence. Loves languages, old books, food, wine and chocolate and most especially animals.

How to Pronounce the Best Macaron Brands in Paris
October 5, 2017

How To Pronounce UK Place-Names
September 2, 2017

Macarons vs Macaroons: What Is The Difference?
September 7, 2017